International Federation of Robotics (IFR) reported that China sold the most industrial robots last year, making it the top market in the industry.

In the World Robotics Report 2017, IFR points out that China is becoming the leader in the robotics industry with an exponential growth. Joe Gemma, President of the IFR, said that China has become the biggest robotics market in the world on both the sales and the production side. In 2016, 87,000 industrial robots were sold in China, an increase of 27% compared to the year before and almost one-third of the world’s total sales. The number is projected to grow 15%-20% year by year. 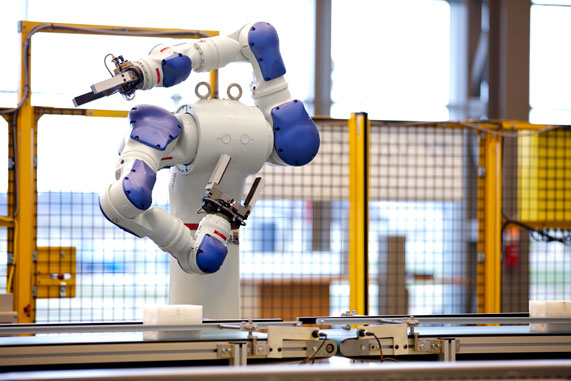 In recent years, the electronics industry has propelled the economic growth in China, with more than 30,000 industrial robots sold in 2016, a year-over-year increase of 75%. Among the robots sold, approximately one-third of them were made in China. The World Robotics Report 2017 indicates that the high demand will continue as Chinese electronics manufacturer are investing heavily in process automation.

As the biggest consumer market in the world, China is undergoing an automation revolution in almost every industry. For now, most of the industrial robots used in China are imported from Japan, South Korea, European and North American countries, but China will become less dependent on import as it focuses more on robotics manufacturing.

At present, South Korea has the highest ratio of enterprise robotics and industrial workers where there are 531 robots in use per 10,000 workers. The ratio in China is projected to reach 150: 10,000 by 2020.