On September 11, 2017, Economic Information Daily (EID) and Visa China released the 2017 Chinese Cross-border Consumption Index Annual Report. It shows that, in 2016, while there was a decrease in the total number of transactions, the average amount of money spent in a single transaction went up. In addition, the total amount of transaction from overseas customers went up as well.

In recent years, thanks to the consumption upgrade in China and the exponential growth of cross-border e-commerce platforms, the number of Chinese customers who shop on foreign websites will reach 58 million by the end of 2017, a 41.5% increase from last year. By 2020, the total amount of transaction will exceed 12 trillion Chinese Yuan (approximately $1.83 trillion). 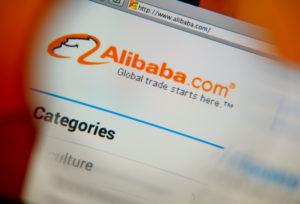 Based on cross-broader e-commerce data provided by Visa, EID and Visa created Cross-border Online Shopping Frequency Index and Cross-border E-commerce Trade Intensity Index to evaluate the online transaction frequency and the scale of a single transaction between China and its trading partners.

According to the Indexes, Chinese customers shopped from the United States most frequently and, on average, spent the most money in a single transaction on websites from the United Kingdom. The numbers suggest that customers become more rational when they shop, which is a sign of consumption upgrade.

Among the 10 countries and regions being analyzed in the Index Report, the median of the total amount of transaction coming from customers outside of China was $69.7 million, an increase of 43% from the year before. The biggest overseas customer with the largest spending was from the United States, followed by customers from Taiwan and Hong Kong. Overall, European customers shop more frequently on Chinese e-commerce websites but spend less money each time, whereas Asian customers shop less frequently but spend more money in a single transaction.