The wildly popular bike-sharing service trending across China in recent years has sparked a new wave of service-sharing economics. From bikes, umbrellas, to power banks and even mini gyms, anything that you can think of might be the next service-sharing product.

The most established products in the service-sharing industry are bikes, cars, and power banks, which also have raised the most capital in the market. The growth of the bike-sharing service started a new phenomenon that has become known in Chinese as a ‘Cash-Burning War’. In this particular case, this strategy has involved tactics such as ￥1 membership for unlimited rides in one month.

This ‘Cash-Burning War’ is the most common growth strategy in the service-sharing market, as companies just starting in the industry often would invest a huge amount of money, drastically decrease prices to gain customers, and accept a monetary loss in exchange for market share.  This phenomenon has been readily apparent in the unfolding power bank sharing market where companies are constantly undercutting each other on prices to the point it is unimaginable how their fees are fiscally feasible.

Starting in September, more than one power bank sharing service company will charge only 1 cent for a one-hour worth of charging. (The regular previous price was 1 RMB each hour) 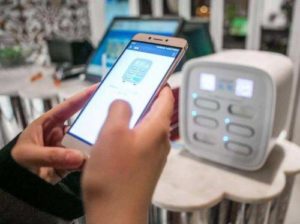 For those power bank service-sharing companies, the ‘one cent for one-hour’ sale is more for getting customers and getting ready for commercializing and fund raising for the industry. However, we can see that this market is still at the initial stage of development, so it would be difficult to maintain daily operations when the fund problems inevitably occur.

As one might remember, the competition in the ride-sharing market turned to a $10 billion cash burning war, and in the end, the major players had to call it off due to a number of economic reasons. It will be interesting to see what the future holds for the bike-sharing and power bank sharing businesses, and see if they are able to maintain the tactics that ultimately failed in the ride-sharing industry.